Home » News » Is short-term thinking killing the most proven and widely used building material of all time?

Is short-term thinking killing the most proven and widely used building material of all time?

I was recently introduced to a new group of people. Hearing I work at a concrete plant didn’t exactly elicit a lot of interest or attention. And, if I’m being honest, I understand. Everyone knows what concrete is: it’s literally the world’s most commonly used building material. What in the world could be interesting or new about concrete? 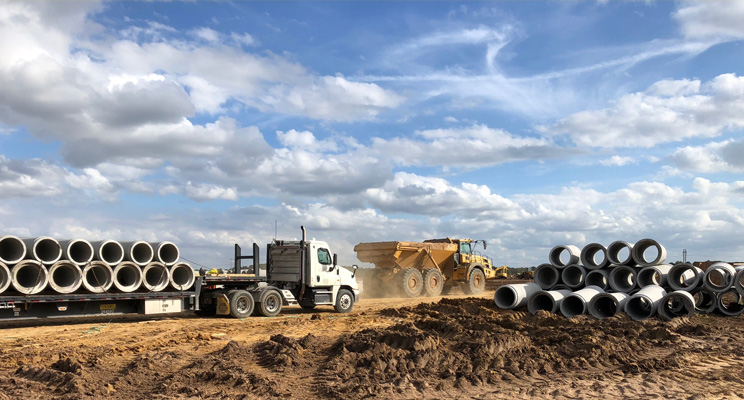 But that got me thinking about the folks in civil engineering and municipalities today. Is it their familiarity (boredom) with concrete that has invited plastic into the design and rebuilding of our infrastructure?

So, we’ve decided at AmeriTex to return to basics, but in the most unconventional way possible. Our infrastructure is too important for anything to be taken for granted. I’m passionate about defending concrete’s place in our drainage systems and about taking advantage of the latest technology to serve our industry.

If any of those people I met had asked, here’s what I would have told them. (And here’s a sneak peek at what you’re going to see from AmeriTex this year.)

You get what you ask for

What happens when the design and the reality aren’t the same? The designer primarily controls the strength of reinforced concrete pipe or box because its structural integrity isn’t compromised during installation. You can trust what is being installed.

Plastic has recently been considered an alternative to concrete in drainage applications, but it’s critical to note that plastic has almost no structural integrity in its own right. It depends on the vertical load being transferred to the embedment material to avoid collapsing or deforming.

Every single plastic pipe installation requires two things. First, you need a unique design to account for the existing soil conditions and the amount of material needed for an acceptable service life. You also need processes in place to protect plastic pipe from damage during installation. In other words, the workers who manage the installation of the bedding control the strength of the final system.

Green … before green was cool

Concrete is made from natural materials, which means it is recyclable with little, if any, environmental impact. It’s proven to be quickly adopted into ecosystems since the materials are benign and even have a salvage value. The process to produce concrete requires less energy than plastic fabrication and doesn’t need a system for recycling and managing waste because the raw materials aren’t harmful. Plastic must be recycled, not out of altruistic goodness, but because plastic waste has become the largest environmental concern of our time.

To say that concrete has stood the test of time is an understatement. From use in the Great Wall of China to the Roman Colosseum to much of our modern infrastructure, concrete is better understood by designers and contractors than any other material on the planet. Is it truly the wisest choice to specific plastic and hope the installation stands the test of time?

Unfortunately, the reality of today is that pipes aren’t being replaced in a timely fashion as they approach their expected service life. Choosing a product that has proven it can handle the stresses of an overextended system is critical.

The comfort level everyone has with concrete might be its downfall. Can something that’s been around this long still be the right choice? We believe so and have decided to double down on technology to help owners, engineers, and contractors design, build, and protect the infrastructure of Texas. We’ve invested in augmented reality and virtual reality to help them  get the information they need in the most engaging and impactful formats possible. In my next article, I plan on giving you a sneak peek, so stay tuned. It’s going to be an exciting year.

Rocky Lorenz is Chief Operating Officer at AmeriTex Pipe & Products. He’s proud to work for a company that puts people first, and he prides himself on earning a reputation for completing projects ahead of schedule and under budget. 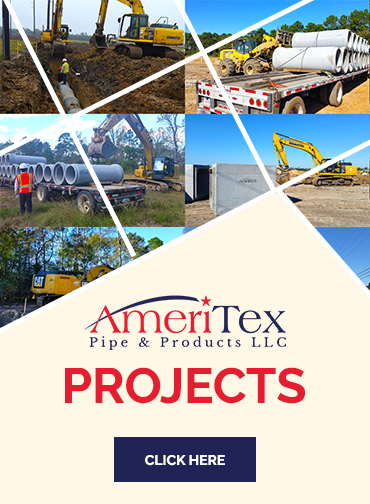